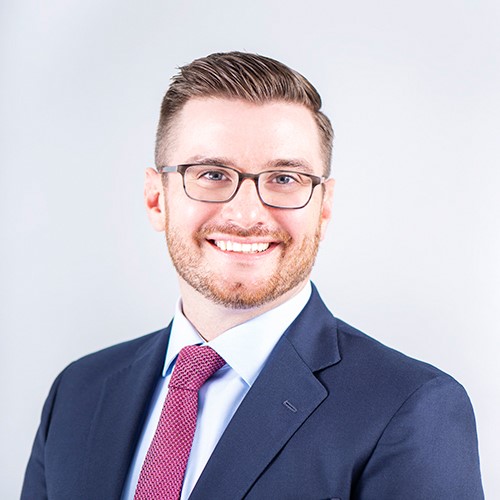 Brooke's Note: Schwab's OneSource might be Chuck Schwab's greatest innovation. Creating a supermarket of mutual funds was a huge marketing boost for managers, a huge efficiency boost for advisors and a hugely profitable line of business for Schwab itself. The $200-billion or so of assets it holds has stayed remarkably steady through the years, though it has always been a bit of a guilty pleasure of all constituencies mentioned above – at the expense of the client. That 40 basis points is entirely paid by the end investor with middling benefits compared to its vendors. Now, finally, that quiet compact is breaking down and the end investor should benefit. Of course it's also good for RIAs and mutual fund vendors. RIAs still get the service and vendors still get the distribution. Schwab absorbs the revenue hit though it may also gain market share and set-up fees that take away the pain.

Charles Schwab & Co. finally blinked on its last, best cash cow by creating a second “OneSource” where prices for investors are much lower than the original.

“[No] firm likes losing revenue … Schwab is just conceding to the desires of its clients … and wants to remain competitive with Fidelity and others,” says Craig Kilgallen, relationship manager for Needham, Mass., consultancy Fuse, via email.

The Schwab INTF platform now has 930 funds from 16 managers and is casting about for more – a move that is sure to find a world of takers in terms of vendors, RIAs and investors.

Schwab is "address[ing] the demands of our substantial, 14,000-advisor network as the market evolves,” says Schwab spokeswoman Kristin Meza, via email.

The downside is Schwab's self-inflicted squeeze on profit margins. Its legacy NTF platform, OneSource, commands a 35- to 40-basis-point fee from fund firms that is passed on to investors as a like-amount 12b-1 fee.

The INTF fee is a relatively paltry 12- and 19-basis-points.

What makes institutional funds “institutional” is typically just a lower price and a higher investment minimum. In contrast, NTF funds have little or no minimum and significantly higher retail fees.

Schwab declined to reveal what if any minimum investment it requires before an RIA can purchase INTF funds.

“Custodians have been in a horserace to zero for a couple years now … [so] we should expect RIA custodian’s competitive strategy to increase … driving down the cost of investing for the end-client.”

Though the INTF platform sacrifices fee-based revenue, Schwab may be able to get some of it back by making it pay-to-display.

Yet Schwab declined to reveal how much the 15 asset managers now added to its INTF store pay it for shelf space -- likely a hefty sum, sources say -- but it says getting RIAs to include mutual funds in portfolios is a key driver of its INTF launch.

“There’s a chance [of harmful cannibalization] …but it also may expand Schwab’s overall mutual fund business enough to make up for any cannibalization that occurs,” he explains.

Schwab is shrewdly reading the room in making this move in a down market when RIAs get more alpha conscious, according to Andrew Besheer, director of Wealth Management Practice at Boston consultancy, Aite-Novarica.

“[Schwab] is incredibly smart. It appears the time may be ripe for a return by advisors to considering active management as a way of trying to attain superior returns," he says, via email.

"The mutual fund industry is still full of a range of active products.

“By leveling the playing field from an expense basis, Schwab makes these funds attractive alternatives as sleeves in investment portfolios,” he adds.

“[INTF funds] move the needle from an asset management standpoint,” he explains.

"We moved toward active ETFs that replicate mutual funds to avoid having to ‘nickel and dime’ clients with fees during implementation and rebalancing."

Mutual funds have long been hampered relative to ETFs because of commissions and higher management fees.

“[Schwab's INTF store] does change the landscape … [some] advisors only us[ed] ETFs within their model portfolios once transaction fees … [hit] zero," Horvath explains.

For Schwab's mutual fund shop to stay relevant, it needed INTFs, says a custody executive, speaking on background, via email.

“Mutual funds without an INTF offering could be locked out,” the source says.

It's better for Schwab to lose a nickel and keep a dime, adds Jason Wenk, founder and CEO of RIA custody overlay, Altruist, via email.

“[Schwab] adding an INTF offering with lower 12b-1 fees … ensure[s] [mutual fund] assets continue to pay something versus [RIAs] moving out of mutual funds altogether,” he explains.

Not that the market wasn't already rife with pressure.

Mutual fund vendors may have pressed Schwab to open its INTF store to help shore-up mutual fund sales, given the increasing use of ETFs as portfolio building blocks, according to several sources.

"[It’s] an attempt to jump start interest in mutual funds again … [and] could even the playing field,” says Scott MacKillop, founder and CEO of Denver, Colo. TAMP First Ascent Asset Management, via email.

“[But] I’m not sure that either Schwab or the fund families care much about whether their products are used in model portfolios or in other ways, as long as they are used."

Schwab may care that RIAs are trying not to risk the Securities and Exchange Commission's (SEC) ire, and mutual funds with lower fees are “prudent,” says attorney Max Schatzow, co-founder of RIA Lawyers, via email.

"The baseline rule [is] do the prudent thing under the circumstances that a similarly situated financial advisor would do," he says.

“In some cases, that might be [buying] a share class with a more expensive expense ratio or a transaction fee, and in others it might require the selection of a no-transaction-fee institutional fund,” he explains.

Since Schwab went zero-commission on stock trades, ETF trades have become free and ETF OneSource has become all but obsolete overnight. See: Charles Schwab & Co.'s vertical play to monopolize ETF market -- to be its low-cost maker, distributor and manager -- diesels ahead as ETF OneSource grows again

“As ETFs have continued to grow in popularity as a low-cost solution, we want to make sure we're at parity with our mutual fund offerings … We know it’s important to advisors,” Meza explains.

TD Ameritrade RIAs can also avail themselves of the new INTF offering, prior to TDA's final systems merge with Schwab in late 2023.

Fund managers have long found it prudent to pay Schwab to market their funds – both asset-based and one-time fees.

For a listing on its NTF mutual fund store, Schwab levies a one-time establishment fee that generally is not more than $25,000 for the first fund and $3,000 for each additional fund within a fund family after that, according to the company's website.

“Fund vendors will welcome any opportunity to reinvigorate fund sales, even if it means taking a little less on a per-unit basis,” adds MacKillop.

Schwab declined to reveal what its 15 new INTF partners will pay in establishment fees, but its INTF revenues will exceed what it would earn on transaction-based funds, according to a release.

“Schwab receives greater remuneration on institutional share classes that participate in INTF than it would if the share class were made available with a transaction fee,” the company states in the small print.

Neither Fidelity nor Pershing disclosed the asset-based fees they charge asset managers, although one report states that asset managers pay Fidelity 15-basis-points on INTF assets it custodies.

Pershing declined to reveal the value of INTF assets under its custody.

Schwab also declined to reply to a question about why it chose late 2022 to launch its own INTF store as its two rivals plowed ahead.

Yet Pershing saw beefing up its then seven year-old INTF store as a major strategic concern as early as 2014, according to a company spokeswoman.

“Beginning seven to eight years ago, we made a concerted effort to reach out to all our fund partners to add their institutional shares, given that the industry, and our clients, were migrating to that type of share class,” she explains, via email.

That NTF evolution began to go into overdrive in 2017 when Fidelity launched an INTF clearinghouse that has already ballooned to $240 billion invested in 3,000 INTF funds from 240 asset managers.

INTFs now account for 90% of RIA fund flows in the case of Fidelity and 50% at Pershing, according to company spokespeople.

Schwab declined to answer whether OneSource is already suffering cannibalization from its discount cousin.

It also declined to comment on whether dual-custodied RIAs may have begun opting to funnel new assets into Fidelity or Pershing’s INTF funds – hence creating pressure to match its offering.

Schwab is also more on offense than defense with INTF, says Will Trout, director of wealth management at Pleasanton, Calif., consultancy Javelin Strategy & Research, via email.

“I wouldn’t say Schwab is capitulating,” he says.

“[It's] addressing the winds of change released in 2019 with its move to zero fee trading and the subsequent acquisition of TD Ameritrade.

"That solidified Schwab’s market position but set the competitive juices of Fidelity and Pershing flowing.”

The custodians Apex, Equity Advisor Solutions and Goldman Sachs declined to comment. Shareholder Services Group did not respond to a request for comment.

Dublin-native and Edinburgh-based Oisín Breen has spent seven years writing about finance, including five whirlwind years diving into the advisor world for RIABiz. A widely published and well regarded poet with two full collections under his belt, Breen is also an academic in English Literature with a deep fondness for his Scottish rabbit, Hessell.